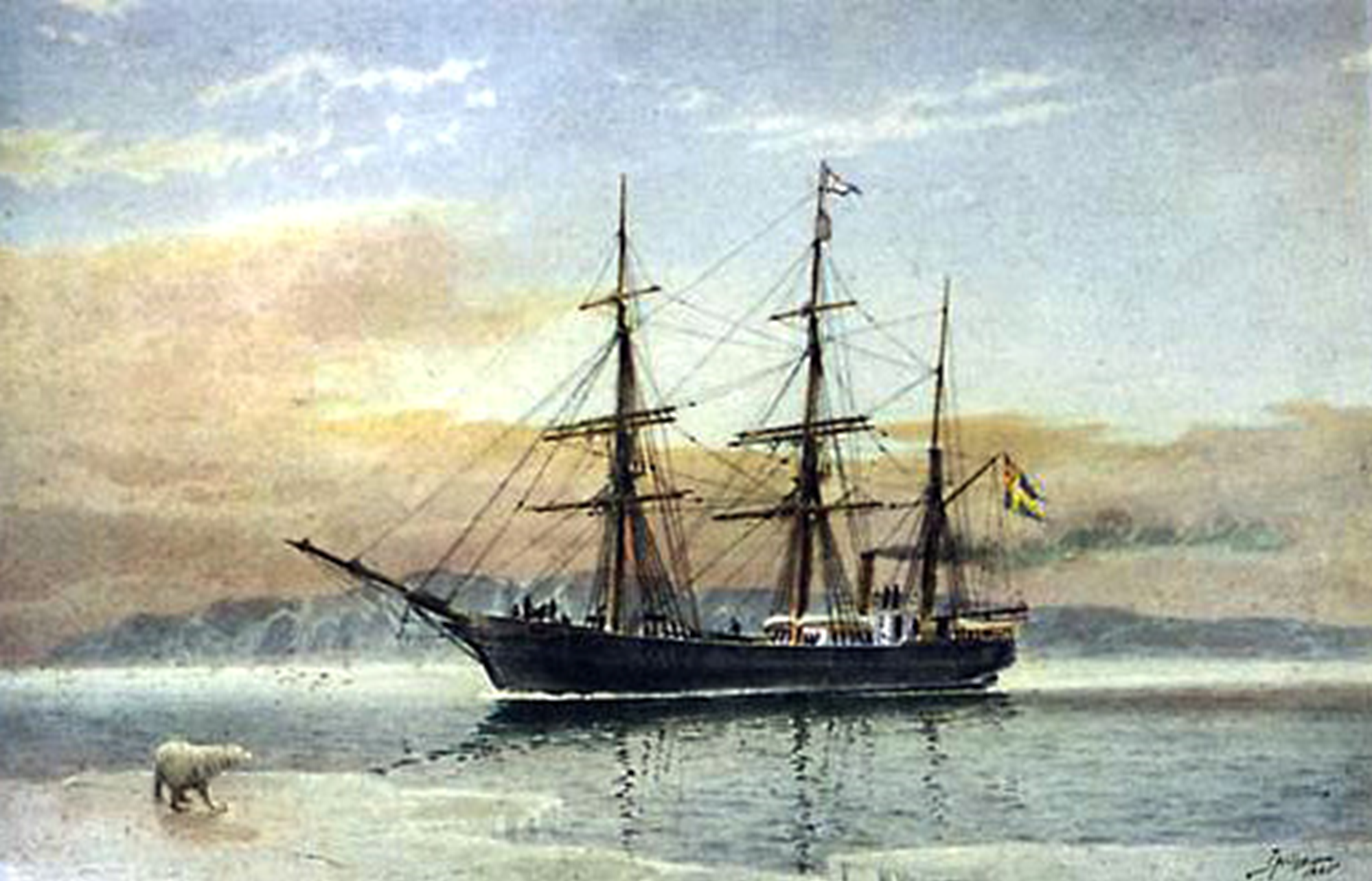 Faster and faster still, the Arctic is melting.

This fact is an unhappy one, especially for the region’s animal population. In part due to the slow progress made in combating that crisis, the Arctic is more an more an ocean all year round. This environmental disaster has led, however, to interesting and unexpected political and economic changes across the region. No, this isn’t an article about all the oil drilling opportunities in the Arctic.

There’s no reason to add insult to injury…. and then more injury to the injury.

Russia, Canada, the US, and supporting characters Norway and Denmark make up the major players in the drama over the rights and regulations of the newly warming Arctic Ocean and the Northwest Passage. Each has their own interests in the region, but before Act 1, let’s take a quick look at the utility of arctic trade, industry, and resource exploitation over the next 20 years.

The core of this discussion revolves around the progressive ebbing away of the arctic ice caps, and that’s where we’ll begin. This map[1] of ice levels and durability demonstrates clearly that, while Arctic ice is ebbing and will continue to, it has not as yet provided any year-round routes free of ice. In the coming decade, this Arctic melting will continue, likely opening up passages through the Canadian Arctic Archipelago (CAA) and more importantly, a large swath of the Arctic ocean near Russia and Norway. The CAA runs the path of the once fabled Northwest passage and provides some access for shipping, though the opening of the Eurasian Arctic Ocean will likely be much larger, based on current ice durability. While this obvious boon for Russia is important, let’s put a pin in that for now. Unfortunately, even considering the lack of ice over part of the Arctic Ocean, no route has yet presented itself as fully open, despite massive sea ice loss around the edges.

The answer to the first question is  simpler. The core legal framework governing the Arctic Ocean, at least for now, is the UN Conventions on the Law of the Sea (UNCLOS), also famed for nonsense involving both China-Japan relations and Turkey-Greece disagreements. The important components here are the Exclusive Economic Zone (EEZ) and the Continental Shelf of a country[2].

Broadly, the EEZ is the 200 nautical mile area off the coast where the country in question has rights to exploit the resources on and under the seabed. The Continental Shelf, if it goes further than that from the country provides rights to extract resources from on and under the seabed but not the sea. The most notable extractable things from under the seabed are oil and natural gas. This does provide a basic framework, however, the US claims that the EEZ part of the UNCLOS worked against its interests and is therefore not party to the agreement, though it accepts the rest of the agreement as customary international law. For those watching the news, Russia has continually looked for the exact end of its continental shelf in the Arctic for this reason[3].

The second question is a bit dicier to answer. While compacted ice floes may be retreating in the Arctic and more of the sea is free of ice, large shelves of ice moving around the ocean and thin ice cover throughout the year will make icebreakers integral for some time. Ships are simply not designed to push through ice, however thin.[4] The risk to shipping, even in relatively open waters, will continue to be prohibitive for some time. The other option would to be to hire icebreaker escorts which are cost prohibitive.[5]

This doesn’t mean that there won’t be an opening or a concerted effort to develop cheaply fitted ice breaking and ice resistant hulls, but thus far there is little evidence for it. If it were to happen, it would likely come out of a partnership with one of the Arctic governments, due to the risk involved in any project of this type, as well as the obvious utility of those technologies for those governments.

On balance, profitable and large-scale Arctic shipping is some time off, even with the dissolution of large swaths of Arctic sea ice. As that happens, economic disagreements will almost certainly crop up. The main body for these issues, the Arctic Council, is not established enough to facilitate new agreements. However, with this in mind, let’s jump into who stands to benefit most from the opening of these trade routes.

The opening of the Arctic Circle to commercial traffic would obviously benefit some or all of the Arctic states, but the primary beneficiaries in shipping are East Asian countries, none of which are even Arctic states. China, South Korea, Japan, and Taiwan look to the Arctic as a way to cut maritime shipping distance to Europe’s markets by thousands of miles. On the side of trade, this geopolitical question takes the fore. EU countries, led by Denmark, whose ownership of Greenland provides it some direct influence in this context[6], will likely be interested in cutting shipping costs, thus lowering prices on consumer goods. China and shipping companies working out of the country are of course interested in a faster and cheaper sea lane, if and when one opens.

This brings us to the other largest players in the drama. Russia, the US, and Canada’s interests here are less clear. Providing a direct route for East Asian goods to reach Europe is directly against Russian interests, due to the vast benefit newly developed land trade will provide them. The US has ample reason to resist new trade routes that bypass its interests in the Arctic. Considering that the Bering strait, the key passage from East Asia to Europe, is within the territorial waters of both the US and Russia, it is plausible that one or both will take a stronger stance on the throughway to Europe. This leaves trade through the Arctic in a precarious position.

There is little that can be said beyond the difficulties of Arctic trade going forward, even with the melting of the sea ice, however, the opening of large swaths of the Arctic Ocean holds another, equally important challenge: drilling.

Oil, natural gas, and valuable minerals all lie in the Arctic seabed, and despite the ecological impacts extracting them will have, many companies and countries are interested in doing just that. Earlier, we mentioned Russia Continental Shelf measurement; this is the reason for that. The minerals in the seabed broadly belong to whomever demonstrates that their continental shelf extends to their location. Overlapping claims from countries across the Arctic were of little concern earlier, but, as extractable resources become more accessible, those disputes will become more consequential.

Massive quantities of essential minerals, including bauxite (for aluminum) and phosphate minerals (unsurprisingly for phosphates), used across agriculture, electronics, and most facets of modern life. Controlling some percentage of these resources would be a coup for may Arctic countries. At the moment, China, the US, and Morocco[7] dominate world phosphate production, and bauxite is dominated by China, Australia, and Guyana[8]. However, while possibly profitable, the sheer difficulties of underwater mining, aside from the additional difficulties of Arctic business generally, make this uneconomic for the foreseeable future.

Oil drilling, however, is likely to be feasible earlier. Oceanic drilling is a staple of oil extraction, and despite the difficulty of Arctic shipping, specialized and less frequent convoys could fill that gap. However, the decline of oil will continue over the next 20 years, and it seems unlikely that other energy investments will be more useful for most countries and companies by the time massive Arctic drilling would be worth even just the monetary costs.

We should always consider the damage these extractive industries can do to an environment already so weakened by the climate change driving these new political and economic realities. It’s both ethically unacceptable and very likely unpalatable from a political or public relations perspective to take part in the breakdown of the Arctic ecosystem. Shipping remains possible without significant moral or political consequences, however, as discussed previously, the incentives for the actors involved do not make that situation especially rosy.

Many look at the newly opened Arctic as an opportunity, but it may remain such a geopolitically fraught region far beyond when the Arctic is free of ice and Florida is below the waves. The Arctic is too uncertain an environment, both geopolitically and climatically, for it to be overly attractive for large-scale shipping. We aren’t averse to a long-range perspective, but this region, despite the trade and resource opportunities that seems enticing on their faces, is unlikely to be able to acted upon any time soon.

[4] Some container ships have been ordered with sufficient ice class rating to operate in Arctic waters, but they are expensive, and still need icebreakers.

[5] Costs include permits, inspections, and the mandatory costs of icebreakers.