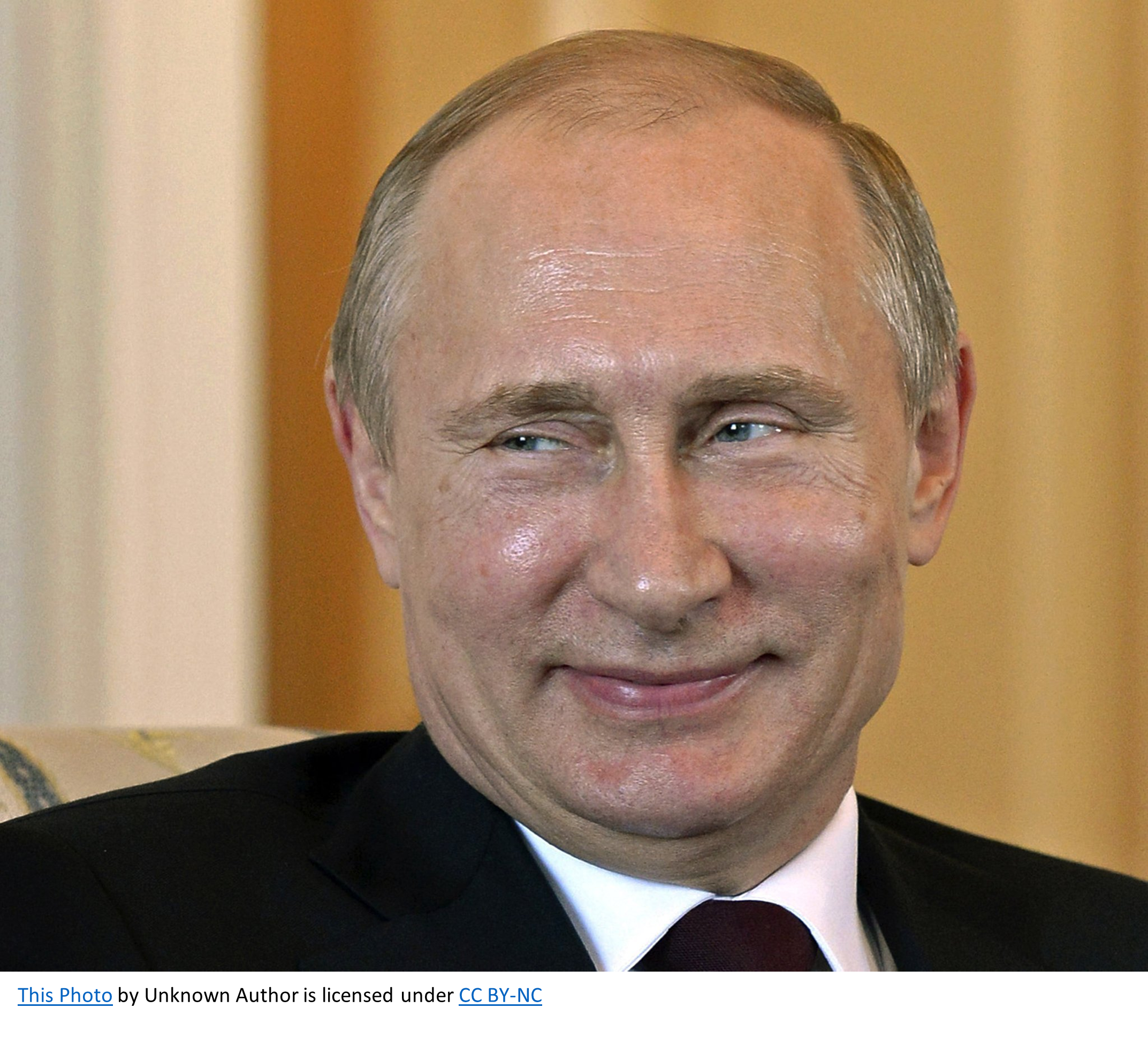 In 2014, Vladimir Putin’s Russia seized the Crimean Peninsula from Ukraine, kicking off a conflict that has burned through the eastern part of the country since. This action on its own means little. However, in the context of Black Sea economic and political competition, it was the opening move o 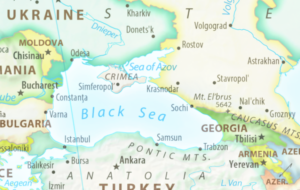 f Russia’s new regional gambit. Since the days of the tsars, Russia has looked to the Black Sea as a source of wealth, a portal into world markets, and a barometer for their overall geopolitical status. Dominance in Siberia or Central Asia is one thing, but Russia’s high-water marks have always come alongside dominance in the Black Sea. In the modern era, there is less need for that dominance to be in territorial expansion, despite Russia’s play for the Sea of Azov or its holding of Abkhazia on the Georgian coast.

Russia’s interest in the Black Sea is an interest in what it considers its backyard, and as such is integral to the state’s security. This is made all the more clear by Russia’s continued push of new assets into and around the Black Sea, slowly but surely reclaiming their position as strongest naval power in the region from Turkey. This naval hegemony is paired with the movement of capital into the development of trade infrastructure across southwestern Russia and occupied territories, with two goals in mind.

Russia’s first project in the Black Sea is a reclamation of Russian power projection throughout the Mediterranean world. 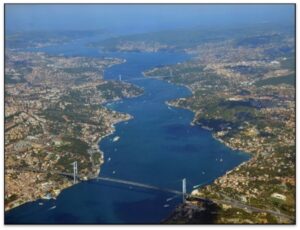 This has two main components: the aforementioned naval growth and a carrot/stick policy with its chief regional rival and partner, Turkey. This Turkish strategy largely revolves around Turkey’s recent foray into Middle Eastern power politics after the indefinite forestalling of EU membership. This change in status left open a window for Russia. As long as Russia has been a world power, the Caucasus and Northern Middle East has been one of its core political focuses. This has not changed today, and it utilizes is significant soft and hard power in the region to curtail or foster Turkish economic and political power in the region, as in Armenia in 1994 and Syria in the 2010s. Russia’s current stance in the incipient conflict between Azerbaijan and Armenia has as much to do with its Turkish strategy as it does with its position in the countries in question. The reason for this play is straightforward: to access the Mediterranean, Moscow needs concessions from Ankara about trade and military movement through the Bosporus and Dardanelles straits. Unfettered access to the Mediterranean would complete the circuit of the Russian thalassic fleet. Through the Volga-Don canal, Russia has connected its Caspian and Black Sea naval forces, and movement through the Bosporus would allow for a united internal sea fleet, useful in projecting power from Gibraltar to Baku.

The other, and in some ways more important project, is to control of as much trade flowing from China to Europe as possible. This move has much longer term horizons and is made up of two main thrusts. First, the domination of the last leg of China-EU trade is an enormously economically advantageous position to be in. Secondly, Russia’s dominance in the flow of goods to the EU would create a series of new pressure points that can and will be applied to further Russian geopolitical and economic interests in Europe proper. However, dominating Eurasian trade is a much more daunting task than regaining Black Sea naval dominance.

Myriad moving parts must come together over the course of Putin’s administration and beyond for Russia to most effectively utilize the flourishing of Eurasian trade. Regaining military hegemony in the Black Sea is certainly useful, but more important is controlling the ports and logistics of the Black Sea. In addition to the Black Sea, Russia already has direct control of the Northern Eurasian trade routes, but the possibility of a China-Central Asia-Iran-Turkey-EU connection is at the very least a thorn in the eye of this plan. This possibility, however has a host of challenges stacked against it, from the lack of infrastructure in large swaths of its paths, to the consistent risk of political instability, to the simple challenge of having to appease many, often conflicting states. This is not to say that is impossible, considering Iran’s prospective $400 billion pact with China. However, Iran is not the link in that chain that Russia already wants compliant. Turkey, for all of Russia’s Black Sea plans, must be brought further from the NATO sphere and then bargained, bribed, cajoled, or coerced into capitulating or backing off.

Turkey’s newly eastern orientation directly benefits Russia. Their inclusion in the EU grows more distant each year as do their ties with the US and NATO. A purchase of Russian anti-air missile, then the exclusion of Turkey from the US’ F-35 program are small nods to the growing gulf between its allies and Turkey since the accession to the presidency of Recep Tayyip Erdoğan in 2014. Overall, while these relationships are by no means finished, the increased distance make Turkey either more receptive or vulnerable to Russian overtures. Turkey, however, is the furthest afield goal in the domination of Black Sea trade, and the one most susceptible to change.

The Caucasus and southern Russia are essential to two of the three best routes for increased Eurasian trade. Both produce a bottleneck via train, running from Baku to a port on the eastern Black Sea, or through Russia and into the ports in the Sea of Azov. The Russian routes have already been secured by the seizure of Crimea. The Caucasian routes require the cooperation of Azerbaijan and Georgia. The former has been a model post-USSR state, from the Russian perspective, and will be well placed to capture some Caspian Sea trade. Georgia, on the other hand, provides unique challenges to Russia’s Black Sea strategies.

After the Rose Revolution and the accession of Mikhail Saakashvili in 2003, Georgian-Russian relations became strained, eventually erupting during the Russian occupation of Abkhazia, notable due to it making up roughly half of Georgia’s erstwhile Black Sea Coast. The period of explicit antagonism with Russia and warming of relations with NATO came to an end in 2012, with the formation and victory of Georgian Dream, a party primarily organized around the person of Bidzina(Boris) Ivanishvili, a Georgian billionaire who made his vast fortune in the Russian Federation.

While this led to a more economically neutral position vis a vis Russia, it did not lead to a breakdown in NATO relations. Since 2012, Georgia has entered an ambiguous alignment: its Russian economic ties have grown dramatically, with exports to Russia now the second largest; its political relations, however, remain close with the EU and NATO. On top of this, protests broke out across the country when a Russian politician was allowed to speak before Parliament. These protests also took aim at Georgian Dream’s relative coziness with their northern neighbo 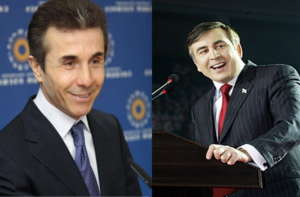 r. However, as has been the case for countries and the United States, the weight of Russian economic hegemony in the region has brought enough wealth to override some political concerns, as demonstrated by the victory of a Georgian Dream backed president in the most recent election, and polls from August suggest a significant victory for the party, with Ivanishvili at the helm.

There had, until recently, been a significant hurdle to Russian economic interests in the region: the prospective American-backed deepwater port in the Georgian Black Sea town of Anaklia. After the collapse of the previous administration Georgian Dream cancelled the planned port/city at Lazika and, four years later, started the process of building a large port to pick up Eurasian trade. This was backed by American construction firm Conti Enterprises, alongside other Caucasian and American companies. In 2019, Conti pulled out, and at the beginning of 2020, the Georgian government cancelled the contract they had had with the Anaklia Development Consortium, citing various breaches. The ADC has demanded compensation, or a return to work, and claims the Georgia government purposefully torpedoed the project. The government, for their part, is looking for new investors, though has been stymied by pandemic related economic issues.

There is no reason to believe that Russia was in any way involved in the breakdown of this deal, and it may be other US or UK companies eventually fund the port. However, the Russian economic position in the Black Sea is most assuredly benefitted by its collapse.

There will be difficulties and sacrifices that are required for these developments. For example, the burgeoning war between Armenia and Azerbaijan may create such a difficulty, both in its dominance of the Caucasus and in its relationship with Turkey. Russian economic horizons in the Black Sea are distant, and require continued work, finesse, and not a small amount of luck to make a reality.